by Steph Horak and Renick Bell 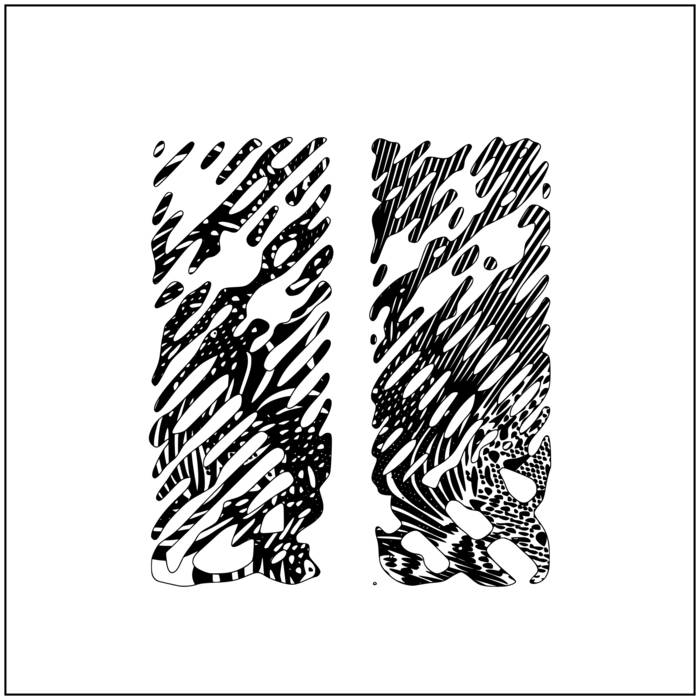 Voice, drums and code culled in sequence organize computerized free space into felt expression. Touching the real, folding the happening into a movable framework Horak and Bell sift through tangential possibilities in a serial production of live algorithmic beats and vocalizations. Steph Horak and Renick Bell’s coming together for a collaborative, conditional album widens the scope of the generative improvisation by superimposing a self over the enclosed circumstances of sound.

The concept of proxemics offers a diagnostic approach to the operable bounded zones of sound. Horak improvises through self-processed vocals meeting Bell who in real-time creates fractured conditions under which they can both engage in a social discourse, a choreography of variable entanglements of allowed freedoms. Horak’s use of an OWL pedal - an open source, programmable effects pedal - converts the voice into a stereophonic mass of sonic possibility. The throat constricts and opens, air compresses and congeals in response to the architectural development of the mouth and lungs; systems of the body and systems of acoustic formation interlock and augment.

The often referenced Criminal Justice Act introduced by the UK government in 1994 defined electronic dance music as a "succession of repetitive beats." The oversight and general misunderstanding of how music is generated are essential components of club culture as a commons of free expression outside of Western progress, acting as an ungirdled blank space. Heat produces kinetic energy, and presents new molecular spatial options for systems of matter. There is a naturally nurtured athleticism that comes with being in conditions of heat. Serial production by design disengages sound from material conditions and works as an acculturation of hopeful potentials, models towards happenings. Depoliticized in its semi-being, live coding takes blank space and recreates conditions within a predictive process towards new politics in a nonspace.